Etienne Rousseau and Mikayla Horan have been selected by Athletics Australia’s (AA) to represent Australia at the 2019 Oceania Area Championships to be held in Townsville at the end of June.

Stepping up an age group, 16-year old Etienne Rousseau impressed in the Under 18 Men’s Discus, with a throw of 56.74 to claim the silver medal and qualification and was selected for the Under 18 Team headed to the Oceania Area Championships.

Etienne returned to the circle for the Under 18 Men’s Shot Put, throwing a new personal best of 17.92m and again qualifying and was selected for the Oceania Area Championships.

Alex Desilva achieved a bronze medal in U16 Men Hammer Throw with a throw of 49.07m in spite of rolling his ankle before Nationals.

Other achievements we are proud of include:

An excellent series of throws and a PB for Jesse Schelfhout in the Men’s Javelin Open and 7th position with a throw of 69.00m.

Mia Gordon achieved a seasonal best in the U18 Women Javelin with a throw of 45.38m. This placed her in the 4th position.

Returning from a back injury, Mikayla Horan placed in 5th position in the U20 Women Hammer Throw, with a throw of 47.63m. She has been selected to the U20 Australian team for Hammer Throw.

She also achieved 10th position in the Open Women Hammer Throw, in the heats with a throw of 43.91m.

Jumping another age group, Etienne Rousseau competed in the Under 20 Men’s Discus and Shot Put, where he threw personal bests of 49.78m (1.75kg) and obtained 6th position. He also got the 4th position in the U20 Men Shot Put, with a throw of 15.53m.

We want to congratulate all the athletes their parents and coaches. 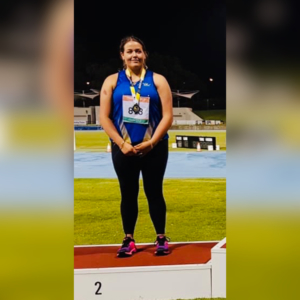 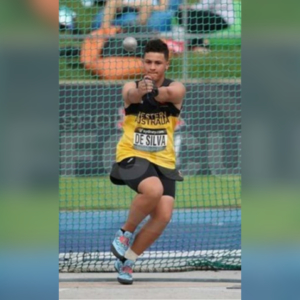 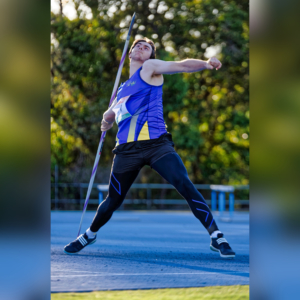