Gold, Silver and Bronze for our Young Stars at 2019 Oceania Championships

Gold, Silver and Bronze for our Young Stars at 2019 Oceania Championships

Two of WATC’s young stars Mikayla Horan and Etienne Rousseau competed in their first International Event representing Australia at the Oceania Championships in Townsville from 25 to 28 June.  They managed to secure Gold, Silver and Bronze from the 3 events they participated in.

Mikayla Horan was crowned the U20 Oceania Women’s Hammer Champion. Digging deep she came home with a throw of 48:65m, bettering her PB with 50cm earning her the coveted Gold medal. What makes this even more special is that Mikayla came back from an injury late in the season.  She has put everyone on notice in Sydney early in April when she qualified for her first Green and Gold colours. She did not disappoint this week.

What makes Etienne Rousseau’s achievement special is that he competed up an aged group after recently turning 16. He also had an excellent competition claiming the Silver medal in the U18 Men’s Discus with a throw of 55.44m. A day earlier he got the Bronze medal in the U18 Men’s Shot Put with a throw of 17:47m. It was also his first time competing in the Green and Gold after he qualified for the U18 National Team in Sydney in April when he received the Silver Medals in both Shot Put and Discus.

Like Todd Davey said on our FaceBook page the two of them did their country and WATC proud. We are excited to see what is in stall for these two youngsters. 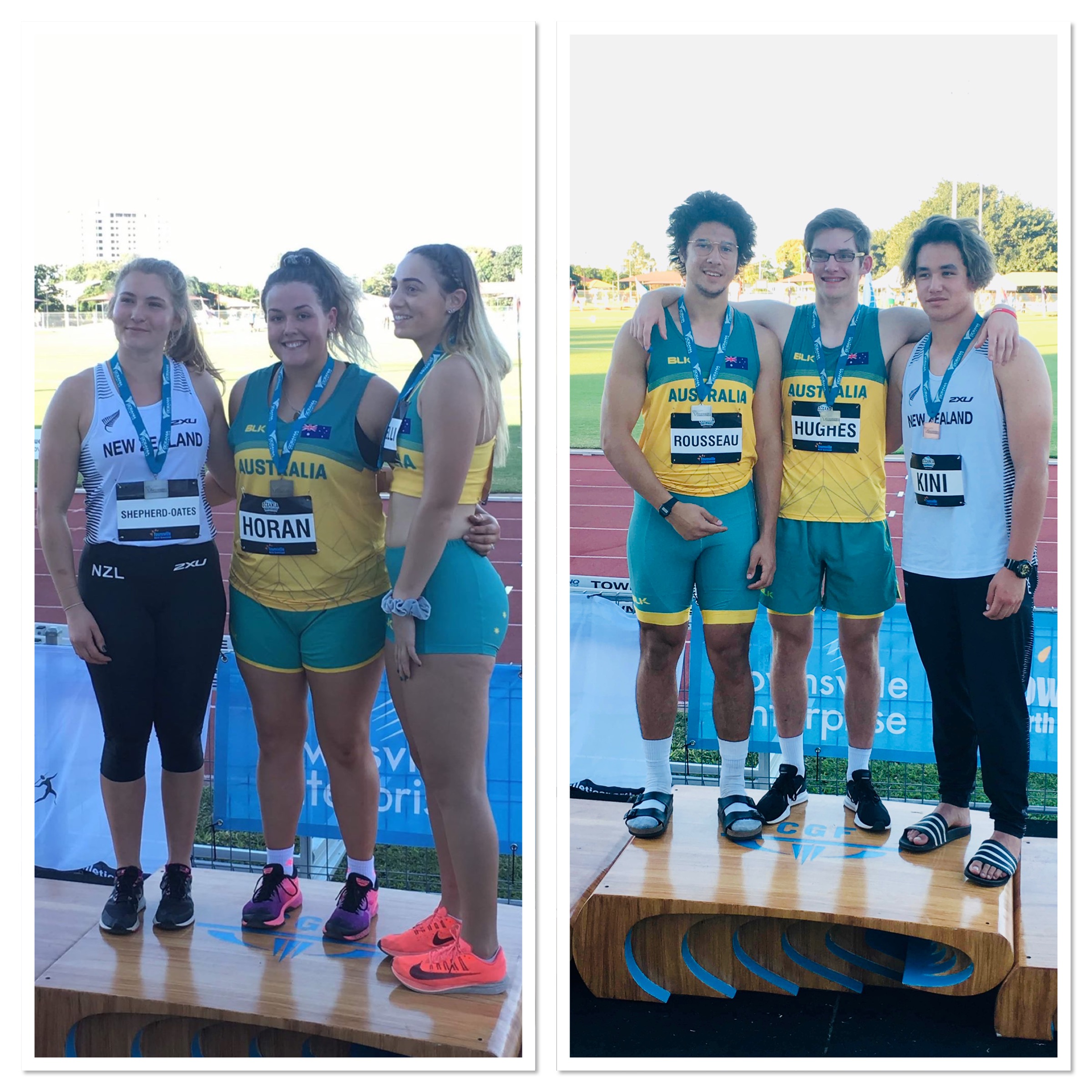